Queen's Rule.
What is really happening? 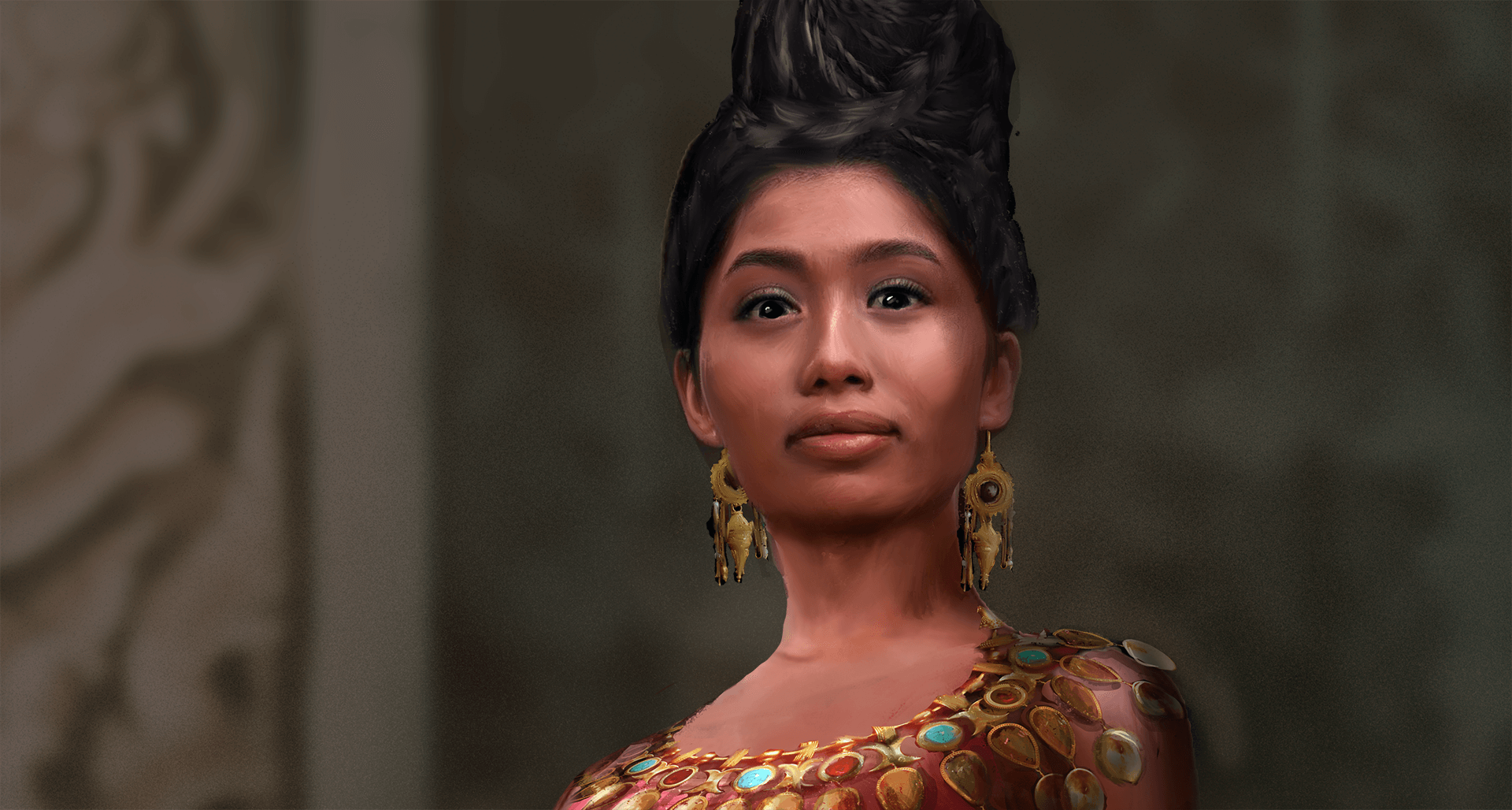 I’m happy to tell the story of Queen’s Rule in videos and blog posts – and there is a great story here – but I appreciate that folks who work in games might want a straight-up overview of what the project is and what the intention is. So, here you go. For those who care more about the gameplay than the project status/intent, there is an introductory video here, but this page looks at the intent behind Queen’s Rule rather than the game itself. Feel free to share this privately with other people in the industry. Thanks! – Kevin Hassall

Plenty of people say that they want fresh games, or new takes on old genres, or historical settings. And many a loud voice calls for diverse cultures in games, and non-stereotyped representations of women. So a game which, by taking history seriously, naturally introduces a fresh dynamic in an old genre and shows an unusual setting where women are naturally (with no strained box-ticking required) central to the game… is obviously a genius idea. Right?

Unfortunately, after decades of working with games, digital media and (though many years ago, now) tabletop RPGs, I am also aware of the argument that nobody actually wants those things. People say that want new and fresh and innovative, but they actually just want the same thing that they are already familiar with, packaged in a way that tells them it is new; lots of people like to criticise (e.g. regarding gender) but that doesn’t mean that there is a market there. Players want “the same but different”. So, doing something new is stupid, right?

Ultimately, I’m a pig-headed idealist. So I want to believe that we can go beyond the same-old-same-old. I want to believe that we should make games which celebrate all people across history and unlock unusual gameplay mechanics, to give players new gameplay experiences and prompt reflection, etc., etc. So, I have no idea whether this is genius or stupidity. But I’m throwing some time, money and love at finding out!

We’ve built it in Unity, and right now we’re testing mobile versions. The current screen designs and graphics resolutions assume an iPhone or modern Android, and we’re familiar enough with the Apple and Google processes that we can be confident releasing on those formats. Could we go to other formats? Sure, Unity gives us a good starting point, but with issues – see below.

Right now the game flow works fine, the menu screens aren’t terrible, the map is OK, the AI doesn’t do anything stupid, there are no crashes. We’ve also done some technical tests on things like animated clouds over the map and multiple AI/bot play-styles. But little of what we see is ideal for “final”. A couple of the portraits/illustrations are really strong. The map, music and icons are OK. But there are also elements that we will swap out – many of the illustrations have to be replaced, the unit markers and menu screens could do with an overhaul, and the sound design is pretty nominal now. And there are plenty of other things that we could improve, depending on money – personally I’d like a tougher AI setting that (without cheating) could beat me nearly every time (whereas right now I win 90% of the time), a 3d map could be interesting, and I’d really like the music to be traditional, indigenous music by local musicians…. We have the skills and contacts to make all of that happen, but that all takes money, which brings us to….

Roadmap? Nah. We don’t have a roadmap. We have a compass heading and wind at our back – but who knows if the winds will change or if we’ll sight unexpected land!

Right now the assumption is that well run a Kickstarter with a low target but with a lot of audacious stretch goals (indigenous music, AI overhauls, a 3d map instead of the current 2d map, etc.), and see how much excitement we can get – and then develop based on the Kickstarter results.

But that’s more an assumption than a plan. Let’s keep an open mind.

Would this work for other formats? With adjustments, sure. The “people who care about games but want to play casually” vibe feels like a good fit for Switch. A PC version in the style of Asmodee’s digital board-games on Steam seems an easy step, while really pushing the family/household/soap-opera elements of the setting would give us a higher-priced PC release in the style of CK3…. But it is many years since I was up to speed with Nintendo’s submissions processes, and nearly as long since I worked on a project on Steam, so these are areas where I’m rusty, and I’m very aware of our limitations – in terms of audience and finances (see below).

If we were going to look at other formats, then this would raise the question of whether what we have now really is an “alpha” or if we should just view it as a prototype.

To release on mobile, this is an alpha. No crashes, good logic, no obvious problems – if we don’t push this too far then this is solid.

However, if we were going to start talking about formats that require greater levels of polish, or if we had a spectacular Kickstarter and could set this up for future expansions, then we’d find that now, rather than later, is the best time to overhaul the code. Get the foundations solid at the outset. At that point we’d start calling it a “disposable prototype”, just to set our expectations.

Our key challenges go hand-in-hand. Audience and money. We do not have an established audience, nor a publishing function that we can tap to tell us “we can reach X people, so with a conversion rate of Y we can assume revenues of $$$$, which gives us a budget of $$”. So, we can’t confidently put money in to polish this, as we don’t know what we can recoup. But without the budget, there is the risk that we’ll under-polish the game and end up with something that will be just-another-mobile-game relying on mobile SEO to grab some casual players. Clearly our not-really-a-roadmap approach is a function of this – Kickstarter it, get conversations going, and see how it pans out. Obviously if we had a big audience and could assign a budget then things would be different. But for now that’s where we are.

If you think you can help, have suggestions, can point out flaws in our logic, or just generally want to be friendly or encouraging, then drop us a line on LinkedIn – either message me, Kevin Hassall , or Nicole, Nicole Le Strange .